Posted at 15:53h in Alerts by Alert team 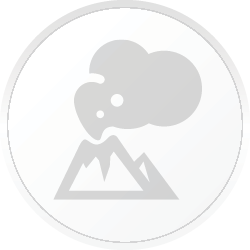 NOTE: This has not yet been declared a FEMA Major Disaster.

The Kilauea volcano on Hawaii’s Big Island erupted Sunday night in what scientists monitoring the volcano were calling a “rapidly evolving” situation.

The volcano’s alert status was upgraded and a red alert hoisted to warn aviators to avoid the area.

The eruption happened at around 9:30 pm local time within Kilauea’s Halema’uma’u crater. Lava from the eruption boiled off the water in the summit’s water lake and formed a new lava lake, according to a tweet from USGS Volcanoes.

Lava fountains up to 164 feet high were being observed after the initial eruption.

The National Weather Service issued an advisory for the possibility of ash falling in areas southwest of the eruption. This was later followed by an update that said no ashfall had been observed by the Big Island Civil Defense and that the eruption might have been mostly steam.